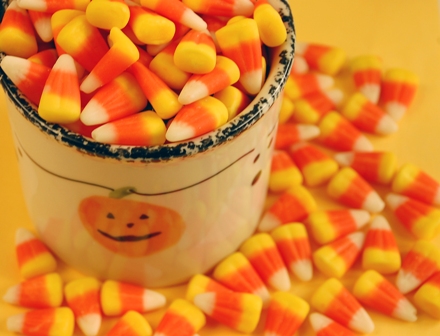 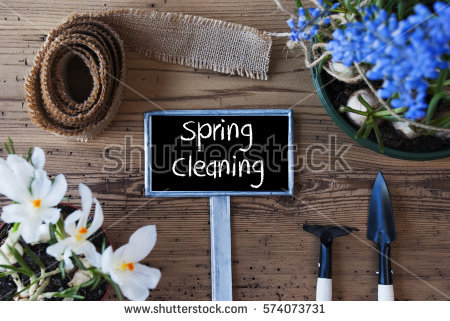 The spring season is finally here and for some it means warmer weather and sunnier days, but, to others it means spring cleaning!

There is a lot to talk about when it comes to clutter in our homes. Often, what seems like clutter is simple disorganization. Take a little time to put some systems into place and all of that clutter will magically disappear. Here are some quick organization hacks to help make your home orderly.

Will spring cleaning be at the top of your to do list this spring season? 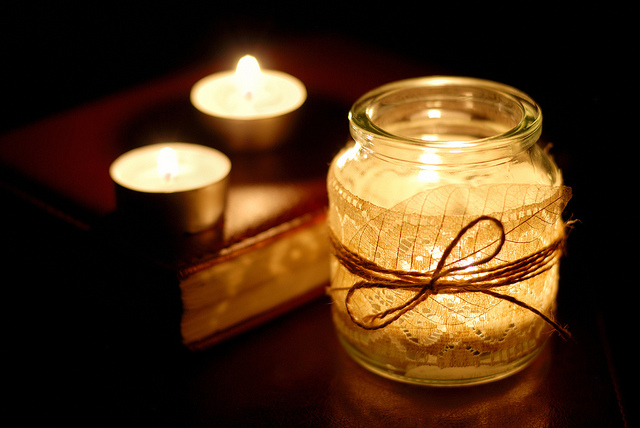 Calling all candle lovers! The holidays have passed and most likely you’ve received an abundance of your favorite candles. Before lighting a candle, be sure to follow these 4 important safety tips:

Don’t touch your candle while hot! Never touch or move while lit; wait until the wax has hardened.

Keep an eye on your candles. Always burn candles where you can see them (no longer than 3-4 hours at a time) and never near anything that can catch fire. Candles will burn slower and more evenly when kept in draft-free areas. Extinguish the flames before you leave a room. Never extinguish the flame with water.

Keep your candles clean. Trim wicks to ¼ inch before you light them (every time).

Keep candles out of reach. If you have pets, or young children, be sure to keep your candles in an area where they cannot reach them. 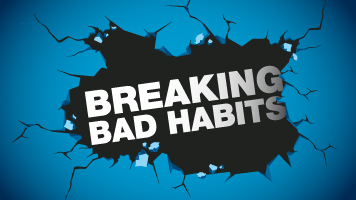 With the New Year right around the corner, many people will be setting their New Year Resolutions. Is kicking bad habits to the curb on your list for 2017? If so, here are some helpful tips and strategies to help you stay on track of your goals.

Make the commitment – making a commitment to your goal is number one. Whether your goal is to lose weight, start eating heathy or quit smoking; make sure you are 100% committed.

Create a roadmap – create reasonable monthly goals. Not only will these goals help you stay motivated and on track, but you will feel accomplished after reaching them.

Identify your triggers – we are all humans. We all have urges and weaknesses. Be sure to identify them before the start on your goals. Avoiding temptations will help you stay on track.

Evaluate When You Fall off Track – we all make mistakes. Maybe you just had to have that double bacon cheeseburger or just one cigarette while you were out with some friends. Evaluate when you come off track and be sure to get back on track.

Use these four strategies when achieving your goals this New Year. We wish you the best of luck for a prosperous new year. 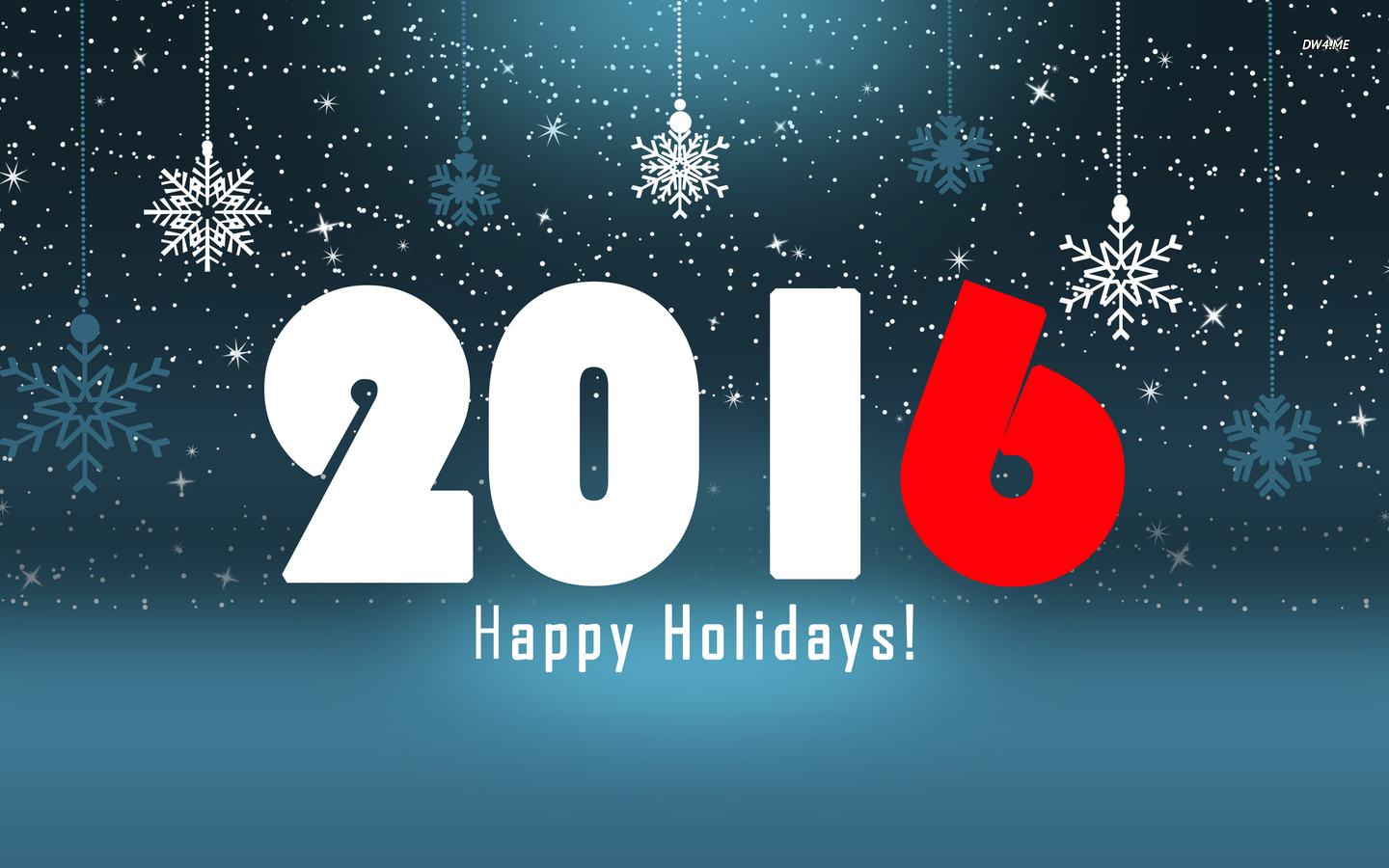 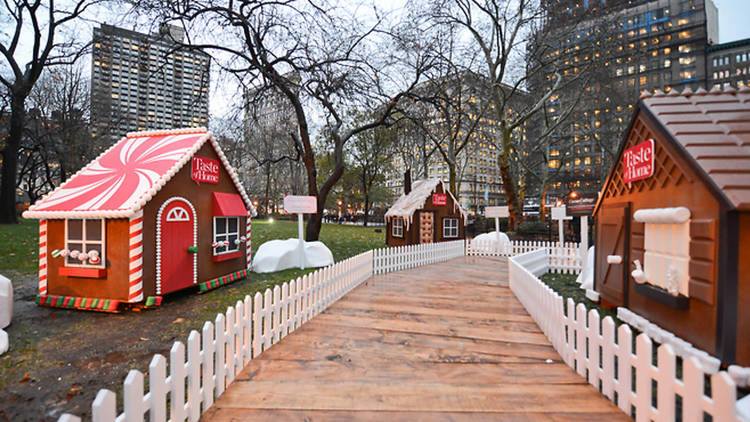 You might have making a gingerbread house apart of your annual holiday tradition, but have you ever wanted to stand next to a real life one?
This winter in NYC, you’ll have your chance. Starting December 6th and going all the way to December 18th, Madison Square Park in NYC will be home to a real life gingerbread village! You’ll feel like you are in a real life scene from Hansel and Gretel as you wander through this village.
These life size gingerbread houses are built with ginger “bricks”, a “frosting-covered” roof, and lots of peppermint sticks and gum drops! This village gets even better because you’ll be able to actually go inside these gingerbread houses. These houses are completely virtual and are filled with interactive elements including ways to build a marshmallow snowman and decorate a Christmas tree. And rumor has it, there will be plenty of treats from this year’s sponsors, which is Folgers.
This is one sweet spot that you don’t want to miss out on.
Written by: Sandra Costanzo 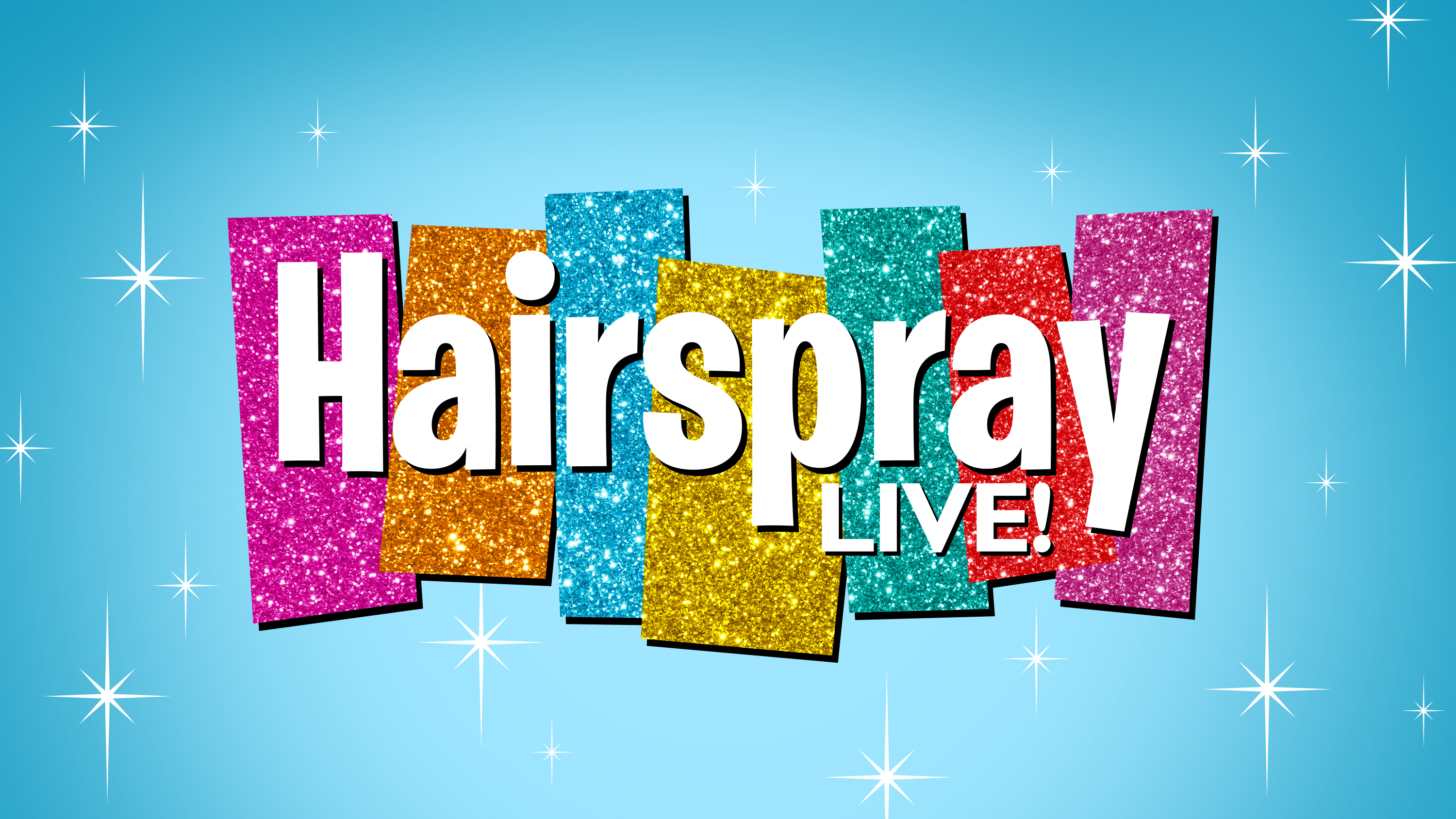 The beloved musical Hairspray is coming to a television near you! That’s right, NBC is assembling an all-star team of Broadway’s finest and most talented creatives for its upcoming production of “Hairspray Live!”. This telecast will air Wednesday, December 7 at 8:00 p.m. The cast has been announced and definitely won’t disappoint. The Hairspray Live cast includes Derek Hough as Corny Collins; Ariana Grande as Penny; newcomer Maddie Baillio as Tracy; Tony winner Harvey Fierstein as Edna; Jennifer Hudson as Motormouth Maybelle; Martin Short as Wilbur; Kristin Chenoweth as Velma Von Tussle; Dove Cameron as Amber; and Garrett Clayton as Link.
“In keeping with our desire to bring the best of Broadway to our live musicals, we’ve assembled the Broadway dream team of Tony Award winners for ‘Hairspray Live!,'” said Robert Greenblatt, Chairman, NBC Entertainment. “We’re thrilled to have director Kenny Leon, who knocked ‘The Wiz Live!’ way out of the park, and Jerry Mitchell, the original choreographer of ‘Hairspray,’ who is the director of two smash hit musicals running on Broadway right now.”
During the latest production panel, some further details were revealed. This includes that two of the original songs written for the musical movie version of Hairspray will be in the live production. It was also revealed that unlike previous NBC productions, the action will move outside of the soundstage when the scene calls for the characters to go outdoors. There are several other surprises that you will have to find out on December 7th, this is a production that you won’t want to miss.
Written by: Sandra Costanzo

Snickers are hands down one of the most popular candy in the world. This candy can bring in an annual profits grossing around $2 billion. One thing we can agree on is that Snickers are pure edible joy. Besides knowing that they are absolutely delicious, I am going to share with you 6 fun facts that you might of not known.

1. Snickers got their name from a favorite horse of the Mars family.

2. Each regular Snickers bar has around 16 peanuts in each one.

4. Over 15 million Snickers are manufactured every day.

6. In the U.K., the Isle of Man, and Ireland, Snickers were sold

Now you know a little bit more about this scrumptious treat! Just like the slogan goes, “You’re not you when you’re hungry”! Comment below which kind of Snickers is your favorite! Ours is the Snickers peanut butter squared! 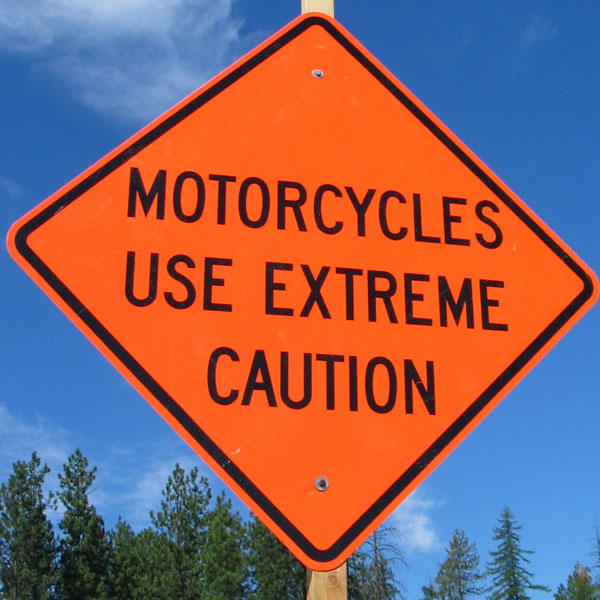 Blue Skies and open roads are finally here. Not only does that mean it’s time to get your motorcycle back on the road, but also to make sure you are riding with safety.  “While motorcycles are cool, they just aren’t as safe as cars. To some people, that’s part of the appeal. Living life on the edge and taking risks can be part of what makes riding a motorcycle rewarding.” In this blog, you will find many safety tips to make sure you have the best experience possible.

Along with these safety tips, you should also make sure your insurance is completely up to date. One major detour / red light on your joy ride, could be not having proper coverage, including motorcycle accessory coverage. Here at C.H. Edwards, we make getting proper coverage as easy as cruising through green lights. Give us a call for your no obligation quotation. 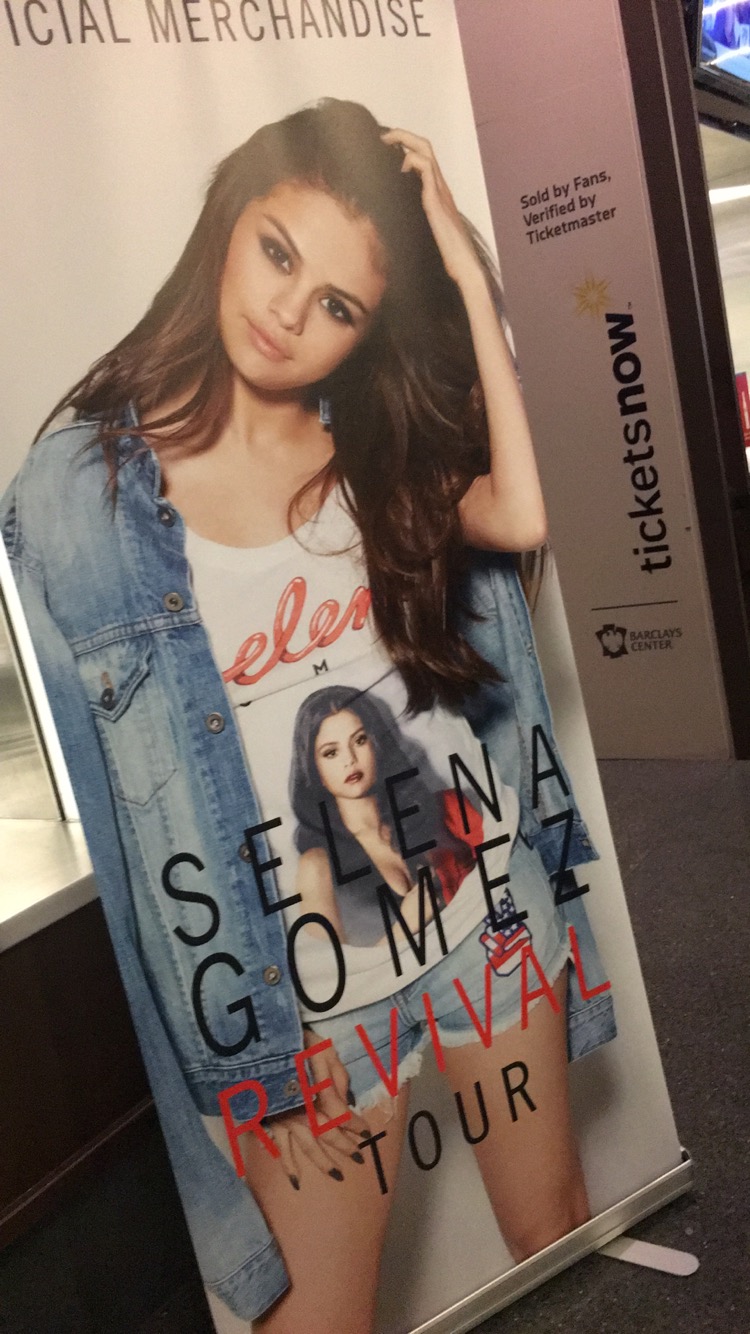 The lights dimmed and in a blink of an eye, the princess of pop had taken the stage. And yes, we are talking about Selena Gomez here. Last week, she had made a stop at the Barclay Center in Brooklyn as a part of her Revival Tour. DNCE and Bea Miller also made an appearance to kick off the start of an amazing show.

Selena performed a majority of songs from her most recent album, which is titled Revival. Some of the hits that she performed included, “Kill Em with Kindness”, “Good For You”, “Me & My Girls” and “Nobody”. She also performed some throwback tunes including, “Who Says” and “Come and Get It”.  From the glittery costumes to the dance routines, there was never a dull moment throughout the entire show.

Over the past few years, Selena has gone through many rough patches. Including her extremely public breakup and also being diagnosed with lupus. This tour meant a lot to her and her confidence had made it clear that this was in fact, her revival. “This show is so centered around me, and I mean that in a way of confidence, of strength,” Gomez says. “It has a beautiful feel to it, but it is about me, so if I wanted to come in one day and say I want to change [a song in the show] or add this, I can do that. That’s the first time I’ve ever really been able to do that in my life. And I feel, I feel great about it. It’s not me making sure I hit all the dance moves. There’s so much I want to prove to myself for this tour and it’s just based on me, it’s based on my voice, it’s based on what I say to my crowd,” she adds. “That’s all I really want.”

Selena is also taking this tour to bring awareness to lupus. She will be donating the proceeds from each ticket sold to the Alliance for Lupus Research. “Based in New York, ALR (Alliance for Lupus Research) is a national voluntary health organization whose mission is to find better treatments and ultimately prevent lupus. Gomez’s camp says ALR was selected because of its broad reach. Gomez revealed her lupus diagnosis in a 2015 Billboard cover story.” With the success of her current tour and with all of her future plans, Selena is definitely taking the world by storm.