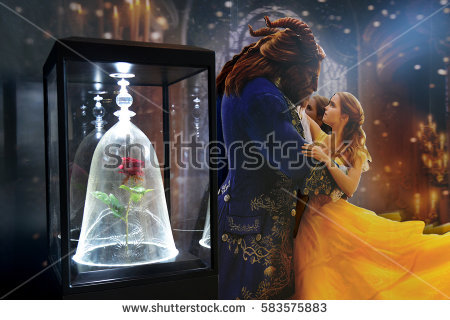 There is no question why Beauty and the Beast was a box office hit this past weekend. From the wardrobes to the fabulous cast performances, the entire film was truly a fairytale.

From start to finish, I felt that the film stayed true to the original story. Aside from that, I was amazed by the gorgeous wardrobe. My favorite was Belle’s iconic yellow dress. Her dress took 12,000 hours to make. It also required 3,000 feet of thread and 2,160 Swarovski crystals. Talk about glamorous!

Another amazing part of this film was the magical scenes and sets. One of my favorites was the Beast’s castle. His castle was surrounded by and enchanted forest that many of the scenes took place in. This forest featured real trees, hedges and a real frozen lake. The most surprising thing that I learned was there was 20,000 icicles. The enchanted forest also took 15 weeks to complete. Another thing about the Beast’s castle, is that the ballroom floors design is inspired by the ceiling of the Benedictine Abbey in Germany. The detail throughout the film was another touch that made this story even more memorable.

Disney has been on a roll with their live action remakes and this one if just as magical. It’s the perfect film for all the young and the young at heart. If you’ve seen it already, comment on what your favorite part was!